We had hoped to publish a list of dates when the bus could be seen in Dover but have been defeated by major gas works, which are due to take place in the Market Square.  Hopefully we will be able to get there in June.

The confirmed dates for May are:

Please check back as there are further dates yet to be confirmed.

The photo below hangs in the living room of the bus and shows Ed as a 7 year old boy standing on the exact spot where a bomb later fell with devasting results for his family and home. 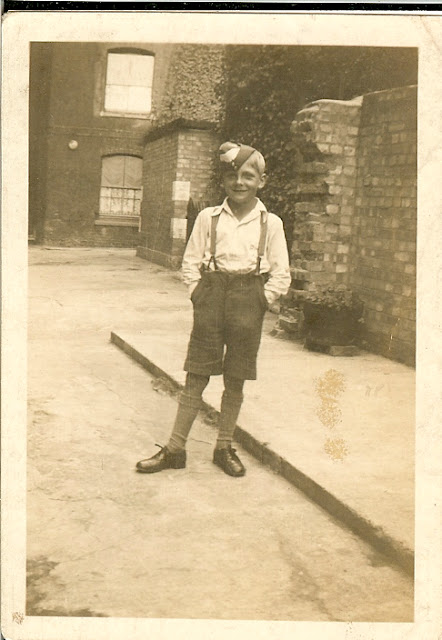 Posted by Norman Burnett at 03:05 No comments:


"You will keep in perfect peace, whose mind is stayed on You" (Isaiah 26:3).
They are £10 each plus P&P and are available in all sizes.  Order yours at
info@homefrontbus.com 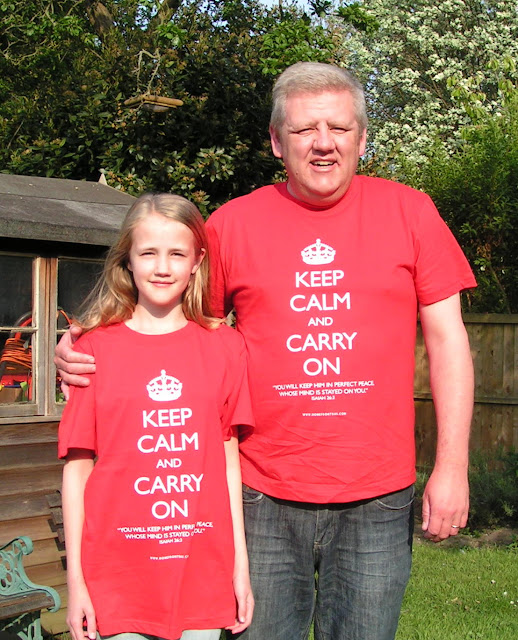 Posted by Norman Burnett at 09:37 No comments:

Our busiest day yet in Canterbury kept Ed, Ben, Paul and me on our toes.  A previous visitor had the excellent idea of providing a visitor book, so today we did and received the following comments. 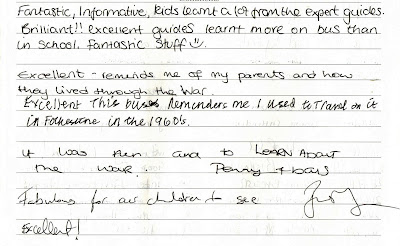 Posted by Norman Burnett at 12:22 No comments:

A return to Canterbury today for the first of a series of visits over the Easter Holidays.  Our neighbours MacDonald's have been making the most of the great weather by expanding their outdoor seating area.  This meant that we got intimate.  I just hope that they appreciate the increase in trade we obviously brought them. 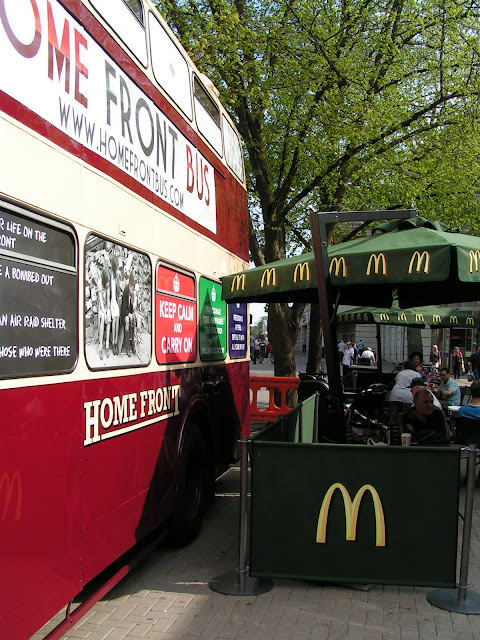 Meanwhile Josh made his debut as an Air Raid Warden having spent much of the previous night swatting up.  He did a great job.  Thanks also to Ben for filling in and allowing everyone a lunchtime break. 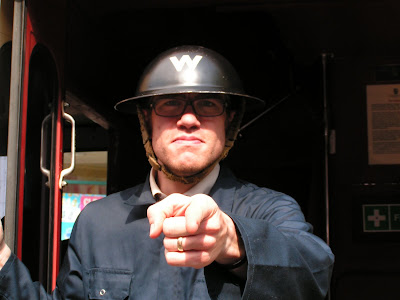 I returned from a short break to find the thrid of our Ministry of Information posters has arrived from the printers. This is by far my favourite and is available from Home Front Bus and The Vine bookshop in Folkestone.  All three are available at a special price. 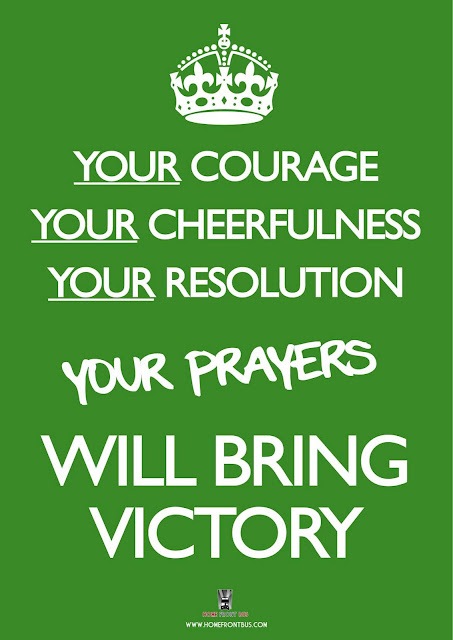 Posted by Norman Burnett at 06:51 No comments:

One of the great things about having a bus as a base is its mobility, which means that you can hold team meetings anywhere you like.  On Friday a few of us met to pray and discuss some issues onboard and so we parked the bus on the East Cliff in Folkestone and gathered in the air raid shelter.

It felt quite surreal to be in an Anderson Shelter on the top deck of a bus especially as we were afforded a spectacular view with the rear wall removed and the emergency window open for fresh air.

Yesterday we visited the Historic Transport Show at the Kent Showground, Detling. The visitors were mainly interested in old vehicles rather than WW2 stuff so we were not doing great business.  We scrapped our admission charges and simply asked for donations from visitors as they left and subsequently our fortunes changed as people came onboard realised how good it was and put their money in the bag as they left.

The second of our Ministry of Information posters has now arrived from the printers and is available in A3 format on 170gsm paper. We haven't messed with the message this time but leave the interpretation to you.

Posted by Norman Burnett at 08:52 No comments: