Having neglected this Blog for far too long it is time for an end of year update. In the Summer the bus was busy at events.  It spent some time at IWM, Duxford, first for a schools week and then stayed on for the Flying Legends Air Show. 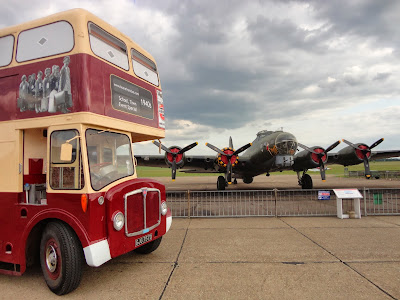 Following this it returned to the War & Peace Revival at its new home of Folkestone Racecourse where it worked for five days alongside another bus from our depot, the HOPE Bus. 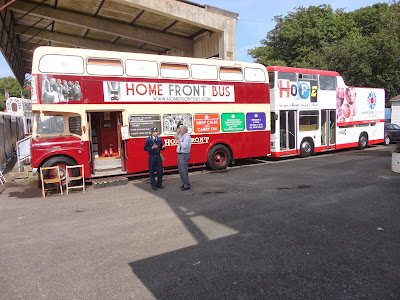 Next the bus returned to Maidstone Museum for a successful 2 day visit in early August.  In the autumn we found a new home from home for the bus in West Kingsdown, near Brands Hatch.  This allowed us to visit a whole host of schools in North Kent and Greater London more cost effectively.  There the bus suffered a rare breakdown.  The water pump failed and as replacements for such an old bus don't sit on the shelf it had to be removed and reconditioned.  Fortunately this didn't interfere with any school bookings. 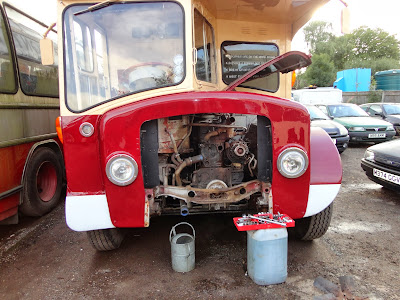 Fifteen schools were visited during the autumn and when all was done a map was created to show the location of the schools and events visited over the last three years.  Many of them have been visited two or three times. 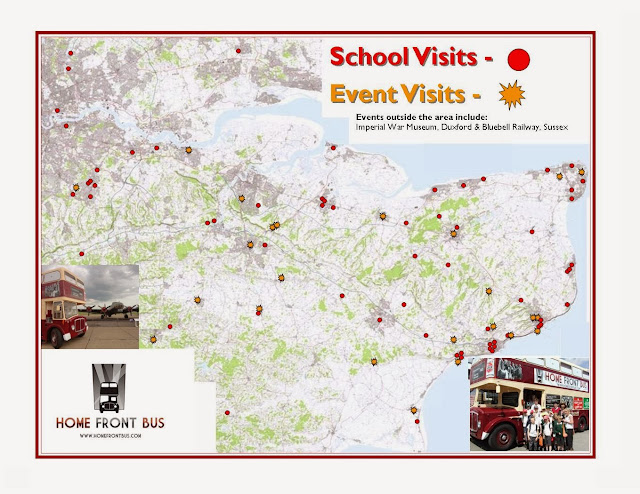 Looking forward to a busy 2014.  Have a great holiday.
Posted by Norman Burnett at 08:08 No comments: