Home Front Bus has been keeping very busy over the last week.  First we visited the tiny but excellent Petham School near Canterbury.  Actually we couldn't quite get there due to low overhanging trees, but parked instead in the local village hall just 200 yards down the road.  We are running out of reasons to say 'no' to schools that want a visit from Home Front Bus and are discovering that we can always find a way and a price option to make a visit possible.

Next we made a return visit to Eridge at the southern end of the Spa Valley Railway.  We enjoyed better weather and more attractions then at the same event last year and consequently there were more visitors to enjoy a trip back in time.  Ed, Jenny and I enjoyed a fish & chip supper whilst riding on the line on Saturday night.  Thanks to Terry and his team for being such great hosts once again.

Whilst there the bus suffered from quite a severe fuel leak, which was cured with the help of the owners of the splendid old fire engine pictured above.  Thanks also to Richard of Brookline Coaches who allowed us to park the bus in thier yard whilst in the mid Kent area.

After a day off the bus went back to Manor Oak School in St Mary's Cray.  It has been a year since our last visit and Ed and I were delighted and greatly encouraged by how much information pupils had remembered from our last visit.


Posted by Norman Burnett at 06:27 No comments: 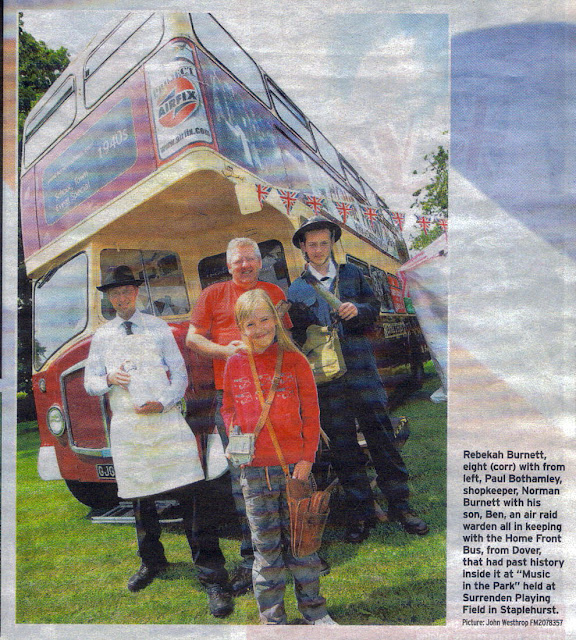 Posted by Norman Burnett at 11:30 No comments:

Not only did we have a deluge of rain over the Diamond Jubilee weekend but Home Front Bus also had a deluge of visitors.

It all started at Christ Church School, Folkestone on Friday 1st June for a special Jubilee party, also including pupils from St Eanswythe's School.  During the course of the day over 400 pupils visited to bus to get a taster of what life was like during WW2.  This is a record number for us made all the more notable as there was just two of us on duty.  We hope to return to give years 5 & 6 a more detailed view within the next year.

On Saturday we visited the Dover Tattoo for a very busy and enjoyable day where even the sun came out to burn my nose and arms for a while in the afternoon.  Here we were interviewed live by BBC Radio Kent and gave listeners a chance to hear a short verbal tour of the bus.

On Sunday we were at Hamstreet Country Show, where it rained for most of the day.  This didn't deter a steady stream of visitors who brought with them half the grass from the field, which was regularly carried out by the handful throughout the day.  It is a shame that this was the second year running that it has rained at this event as the organisers are a stoic and enthusiastic bunch who are worthy of a bit of sunshine as a reward for their efforts.

Monday - zzzzzzzzzzZZZZZZ followed by a BBQ.

On Tuesday 5th June we visited the Music in the Park Festival in Staplehurst.  The rain held off until mid afternoon and then decided to stick around for the rest of day.  A hardy bunch of locals were not deterred and brought their wellies and umbrella's to enjoy the music.  The best place to be however was the warm and dry of the Home Front Bus. 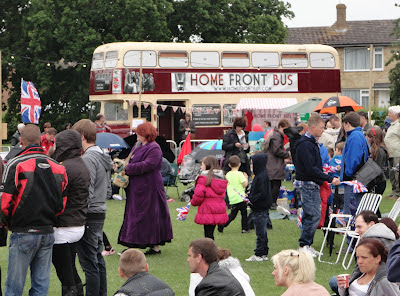 Special mention should be made of the whole Burnett family who helped out in Staplehurst and took turns to take refuge in the cab during the rain. 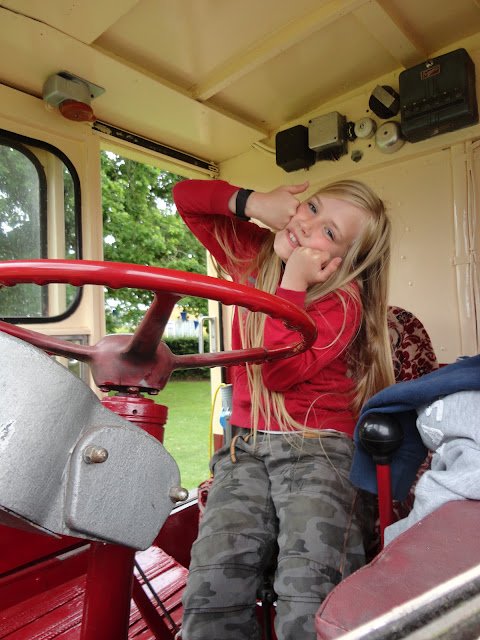 Also Paul who did a sterling job as our shop keeper for three of the four days of the busy weekend. 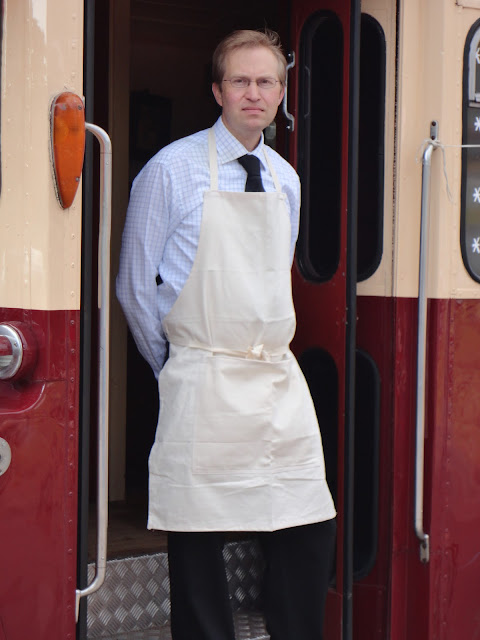 Posted by Norman Burnett at 03:46 No comments: